Hi,
I have a (let’s say) very well organized Address Book on my Gmail.
I tried to import that in Runbox, but I didn’t managed to do it in a suitable manner. I was able to import my contact list, following the Runbox official Help Guide, but what I obtained is more or less a big mess. First, importing them via Runbox 7 doesn’t work at all. The popup massage says ‘Importing zero contacts’. 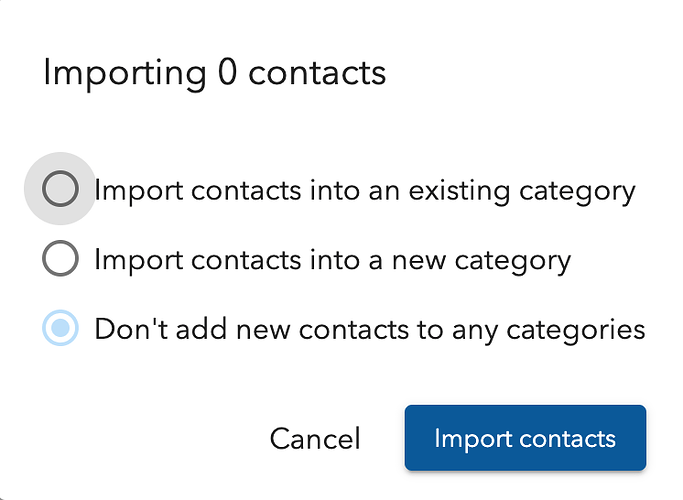 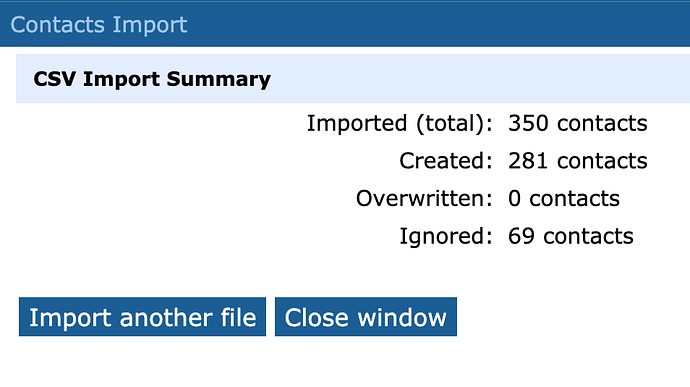 I have some contacts with particles in the Surname Filed. Those particles are gone.
So, a contact like Name: Mario, Surname: De Rossi, becomes Mario Rossi.
In addition, how the contacts are displayed is not clean at all. i.e. a contact named Paul Jackob is displayed by default like this: PaulJackob (Paul Jackob) in Runbox 7
I probably am not very good managing contacts with Runbox, but the point here is that a contact list completely organized on google, becomes clunky and badly displayed once imported in Runbox. Please, let me know where I made mistakes and how to improve the whole workflow. I will be happy to clear the whole Runbox contacts and start again.

Hi @ilcieco and apologies for the belated reply.

We’re working on support for CSV import in Runbox 7 in addition to vCard import which is already supported.

@tadzik may be able to expand on this.

In the meantime, please refer to this Github issue for details:

Nothing seems to indicate what type of contacts files can be imported (I tried an .ldif as thats what Claws will...

…vCard import which is already supported…

and then also this nice feature when writing here…