Words instead of icons

When using Firefox on my moto G5, I get words instead of icons for the top and left menus. They are quite large, so they overlap quite a bit, making thing hard to read. Portrait and landscape screenshots attached.
I did not have this problem using Chrome, but I’d really rather use Firefox. 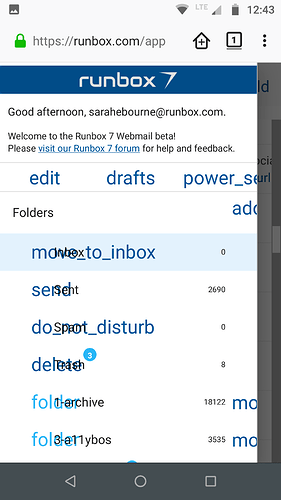 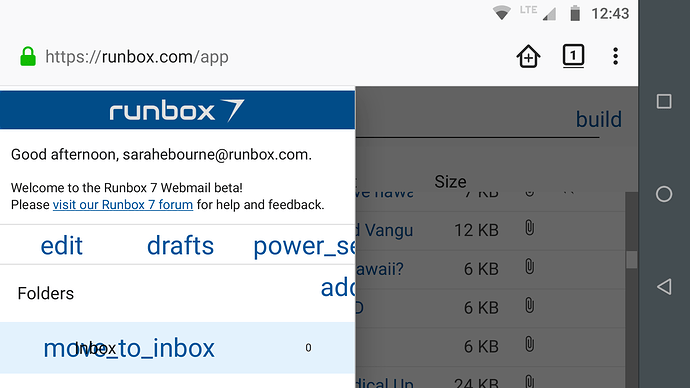 Hi @sarahebourne and thanks for joining the forum.

You should be able to use Firefox fine, and a lot of us at Runbox use Firefox as our main browser. Although I don’t have exactly your phone to hand, I’ll do some tests in Firefox on Android and get back to you.

I have Firefox 63.0.2, with Android 6 on an Huawei P8 Lite. I can see the icons. I see the text buttons first, but after a few seconds I see the icons ( download time ).

Mystery solved! After taking a look at source code, I realized the images are provided by a font. So then I went through my Firefox settings to see if I had something turned off. Under Settings, Advanced there’s a toggle for “Show web fonts”. When I turned it on, the images appeared. It’s much more usable with them

Great to hear that the source code was helpful to resolve the problem!