@tadzik, @Geir, @Dave, my contacts were not imported automatically as you advise - so not sure what is going on there. Also because these are now separate for RB6 and RB7 that means people like myself, who rely on RB6 until you have sorted out the bugs in RB7 will have life made a little harder if we want to occasionally look at RB7 to see how things are progressing.

Well this will be the last post from me and I will no longer be providing any feedback on RB7 as I am wasting my time. You are adding all these features to RB7 before you have sorted out several bugs which persist. One has to ask if these are the bugs one can see what about bugs we can’t see. Will there turn out to be security flaws in RB7?

You have added stuff like indexing which is not part of RB7 which maybe has security implications, I don’t know but it does not fill be with confidence. I think you added indexing in order to claim RB7 is the “fastest email in the world” or something like that. I can’t find that claim now but it used to be there. Just as well as it is pretty bombastic to say the least. Just to quote Shakespeare, you are in danger of being hoisted by your own petard.

So my subscription runs out end of the year and unless these bugs have been fixed I will be moving to one of your competitors. It’s a sad thing for me to say this. I like runbox mostly because the servers are located in Norway, which seems one of the more secure locations. So if you ever come up with a decent bit of software I may come back.

Good luck with you endeavors, @JohnTowlerr

@JohnTowler We are happy to investigate your contacts import in order to figure out what the problem might be. We considered full two-way migration support for contacts between Runbox 6 and 7, but this would have required significantly more time invested in Runbox 6 that is better spent improving Runbox 7.

This vision and our motives are laid out on our website, and are not intended as the weapon implied by the Shakespeare quote – on the contrary, our mission is to facilitate efficient communication between people in an ethically and environmentally responsible manner.

Runbox 7 is the vehicle that will realize this vision, and its development entails both a host of new features as well as bug fixes to existing ones. One important dimension of this project is experimentation, which is a fundamental aspect of any successful company.

The reason for this is that research and development is essentially an evolutionary process in itself, and it is impossible to predict with absolute certainty the success of a given feature. Therefore we are deliberately dedicating a relatively small portion of our time to experimentation, which we are confident will contribute to a better service.

We are evaluating and adjusting this balance frequently, and since we started including a changelog in Runbox 7 in October 2019 we have implemented:

We appreciate that there are many improvements yet to be made and still bugs left to fix, and that we may not yet have had the chance to attend sufficiently to those you have raised.

However, our rate of development and frequency of deployments is increasing, and we are continuously adjusting our priorities based on feedback from active and engaged users like yourself.

The local index in Runbox 7 was a core feature from the very beginning of the project, and remains an essential (but optional) part of the engine that powers the webmail app. Great care has been taken to ensure Runbox 7 processes data securely, and there is generally no reason to believe that data stored locally on your own device would be any less secure than a server.

We continue working towards our goal with dedication and a steadily growing team, and are confident that Runbox 7 will reach a level that will surpasses that of our competitors.

Hi Geir,
I love Runbox 7 but I understand some frustration from the users.
I use Runbox 7 daily, but I have other email account and I feel some features are lacking or are not very well developed.
My main concerns are:

Despite all of the above, I’m still happy with your service, because I know and feel it also has lots of very nice features, and I’m not considering migrating to other services atm.
But I hope some of those issues/lack of functions will be solved soon.

@ilcieco Thanks for the detailed feedback and apologies for the belated response.

Let me reply to each item individually:

Thank you for the kind words and for your continued support. We are working hard to resolve the remaining issues, and we are adjusting our priorities based on feedback here in the forum.

Comments not specifically about updates in this thread are best done in separate topics. We especially appreciate feedback on bugs or requests that are not already listed on Github: 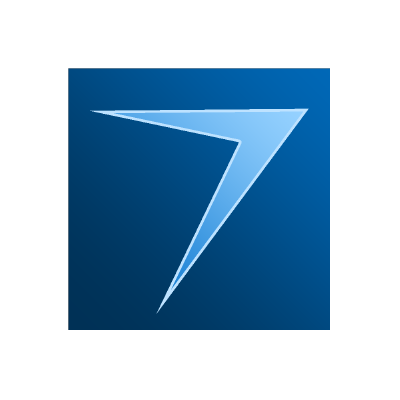 Runbox 7 web app. Contribute to runbox/runbox7 development by creating an account on GitHub.

Happy to report that this batch of fixes addressed most of my webmail interface woes, namely the annoying unread counters not updating. There’s just a slight but acceptable delay, making the performance matching the good looks!
Still, when logging in, once deleted messages still pop up on the inbox list as unread for a couple of seconds; the unread counter updates (increases) acorrdingly, then they disappear (back to the trash bin, I guess), the unread counter updating again (decreasing) accordingly.
No idea why this happens, but at least, after that brief glitch, it sorts itself out and both the unread counter and inbox list end up correct.
Keep up the great work!
Cheers

Thanks for the feedback @ricman – glad to hear Runbox 7 is working better for you after the recent updates!

Are you using the local index when you observe the adjusting message counters? If not we would be interested in knowing how Runbox 7 performs with a synchronized local index.

Yes, I guess I’m using the local index and the initial sync when I log in (I usually wipe the cache, cookies, site permissions et al. when I close the browser, Firefox or Vivaldi). However, if after the inbox and counters look as expected and I click on “Stop synchronization” and click again on the “Synchronize index”, the same once deleted messages pop up, the unread counter updates accordingly, the messages disappear again but this time the unread counter doesn’t update, still indicating the number of the new/deleted messages, when the inbox is empty… Logging out an in again repeats the events as described on my previous post.

@ricman Apologies for the belated reply to your message.

When you stop and restart index synchronization, a base index will be downloaded from the server. Since this depends on indexers running on our servers where a large number of incoming messages are continuously being processed, the index may not be entirely up to date and will therefore be automatically synchronized with your actual folder contents once it has been downloaded to your device.

We generally recommend not deleting the local index from your device in order to keep it synchronized at all times, but this depends on your security preferences.

Basic Jitsi integration? What can we expect to see in R7 in regard to this new feature?

@smithmb001 Apologies for the late reply.

With the Jitsi integration Runbox 7 is expanding into synchronous communication and now includes a video conferencing prototype integrated into the app.

By entering the secret code you can access this prototype, which is currently in an early testing phase.

We still have some work to do on the integration, but the Jitsi functionality itself works well and we are currently using it for internal communication and testing.

We would be interested in your feedback on this new and exciting Runbox feature.

I’d be happy to test it out. No worries about the late reply. We are all extremely busy. It’s nice to see you guys adding lots of new features to Runbox.

See https://runbox.com/app/changelog for the complete and categorized changelog.